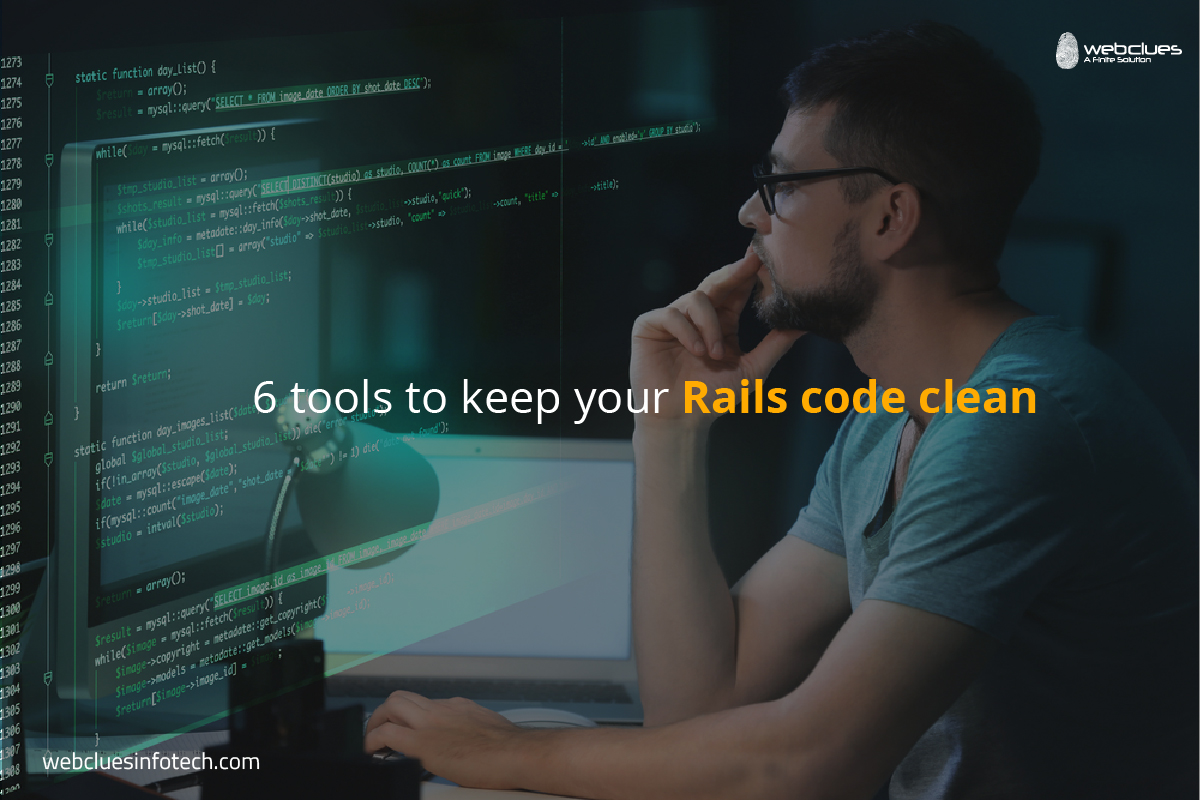 Handling a large application with many lines of code can be tedious for you as well as for your team. Even after much care, the accumulation of some lines of codes that are non-functional is difficult to avoid. Such a situation also arises when there is a requirement of optimizing someone else’s application.

If you will resort to perform this task manually then it can adversely affect your productiveness. If you are Ruby on Rails developer then you need not to worry much about keeping your code clean and organized. There are certain third-party tools that can help you a lot in order to keep your code more maintainable, secured and optimized.

Let’s have a look at some of them.

2. Brakeman
A Ruby on Rails developer can benefit a lot as far as the security is concerned about using the Rails security scanner- Brakeman. It is relatively faster than other scanners. All it requires is your source code and then it scans your application code and reports you if there are any security issues in the application.

4. Traceroute
This gem is used to find dead routes and action during Ruby on Rails application development. It finds the unused routes and unreachable controlled actions and informs you about the same.

5. Rubycritic
Another gem with which a Ruby on Rails Development Company can benefit is Rubycritic. Basically, it is a code quality reporter. It wraps around three static analysis gems- Reek, Flay and Flog. Out of the all static code analysis tools, because of its nice output, it’s the most convenient one to overview.

6. Robocop
Robocop is a static code analyzer for Ruby. It is really beneficial as it allows you to check whether your code follows the Ruby guidelines which are set by the community or not. Along with notifying about the violations it also sometimes fixes the problem.