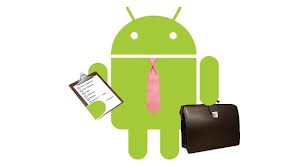 The use of smart phones and tablet PCs has significantly increased during recent years. In every device like a smart phone, there are multiple applications. These applications serve different purposes such as sending text messages and pictures, determining one’s current location, figuring out routes for a particular destination, social networking, and gaming. Android happens to be a widely used platform for these services.

Applications designed using Android offer many advantages when compared to those designed with other platforms. Considering the current demand for Android apps, it is definitely worth for an organization to employ the services of an Android app development company in India.

Benefits of using Android apps for a business.

Ease of Customization
You can easily customize Android applications without getting restricted by the traditional limitations. An organization can adjust an Android operating system on the basis of its in-house operations. Android application development is the only means for adding brand to a business. With this approach, developers will get multiple options through which they can implement creative ideas and make their application even more interactive.

Applications can Have Numerous Features
Feature-rich applications are an excellent outcome of choosing Android application development. In the aspects of both functionality and usability, Android apps have turned out to be successful. Features such as email, calendar and task manager can be included in a custom Android app. Using Android platform, organizations can make better relationships with customers by providing them dedicated applications, and thus promote their business.

Increase in Productivity
With the use of Android platform, the productivity of custom mobile application has increased considerably. Many customizing features that are not supported by most of the other platforms for mobile application development, are supported by Android. More than 70% of the smart phones in the world are powered by this operating system. A large number of mobile phone manufacturers have used this platform in a number of low-end devices. This is because Android is an open source operating system. Owing to factors like these, Android applications have gained a excellent reputation in the global market. Furthermore, this platform can be used by a large number of users. It thus creates good business opportunities for the organizations which develop the app.