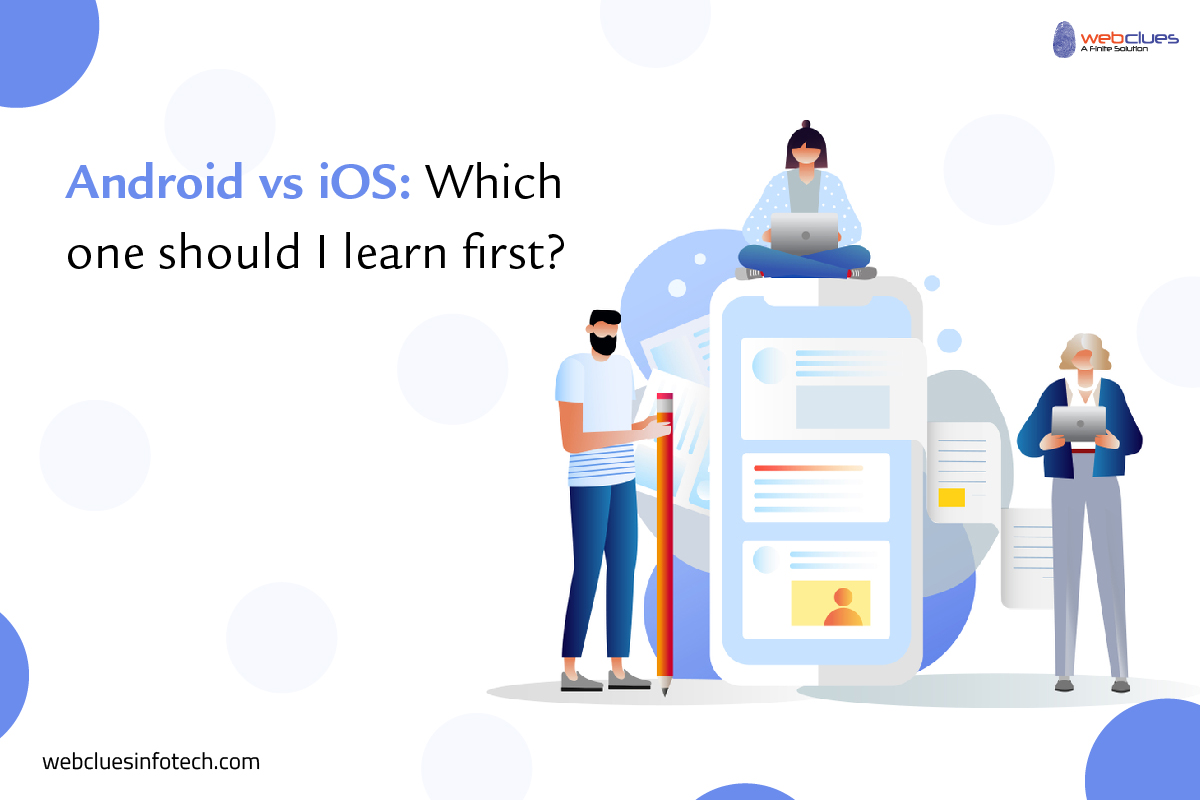 Android vs iOS: Which Should I Learn First?

No doubts about the fact that Mobile development is growing at a very high pace and fetches numerous job opportunities or freelancing opportunity. Android or iOS is among the leading OS for mobile development. They share around 96.7% of the total market. Both the OS have their own advantages and disadvantages.
For a developer in its beginner phase, it is quite difficult to choose which OS to use to work on. Android or iOS.

Let’s check out here some tips to help you get out of this web of confusion:

1. Hardware Requirements
Android applications can be developed on either Windows, Linux, OS X  or on a Mac but for iOS app development you’ll need a Mac computer and thus here lies the disadvantage of iOS app development as you cannot develop it on Windows or Linux.

2. License/Membership
iOS app development requires a membership to the Apple membership program. In addition to this $100 is required for an individual developer program which, for a beginner in freelancing is a much amount to pay. Android, on the other hand, has no subscription charges only once $25 is required to publish an application as one-time charge fees.

3. Exposure to the code
iOS follows a strict set of rules in accordance to which you develop an app whereas in Android the developer is free to try out his multiple solutions for any issue.

iOS screen design uses drag and drop interface giving it much lesser options to design as per your choice. For instance, if you opt on changing the place of the tabs in iOS there are high chances that your app will be rejected.

Android on the other hand which uses XML gives you the freedom to design the screen. We can analyze the View hierarchy of the screen by designing the screen in XML.

4. Learning Time
Whether it be iOS or Android both have their own pros and consequences. It depends on your abilities and interest which you want to learn. iOS follows a set of predefined rules for development whereas Android is very vast and requires much time in testing in the process.

Android uses Eclipse which came out to be not as good as Xcode according to the experiences of the developers. Android Studio which came to the field as a better replacement for Eclipse came out to be better than Eclipse but still could not match the advantages of iOS.

As a conclusion from the above points, it is clear that in some phases iOS defeats Android and in other cases, Android is far ahead of iOS. Android app development companies and iOS app development app companies work best to bring out the best of their work. Which OS to choose now depends on your preference and comfortability.