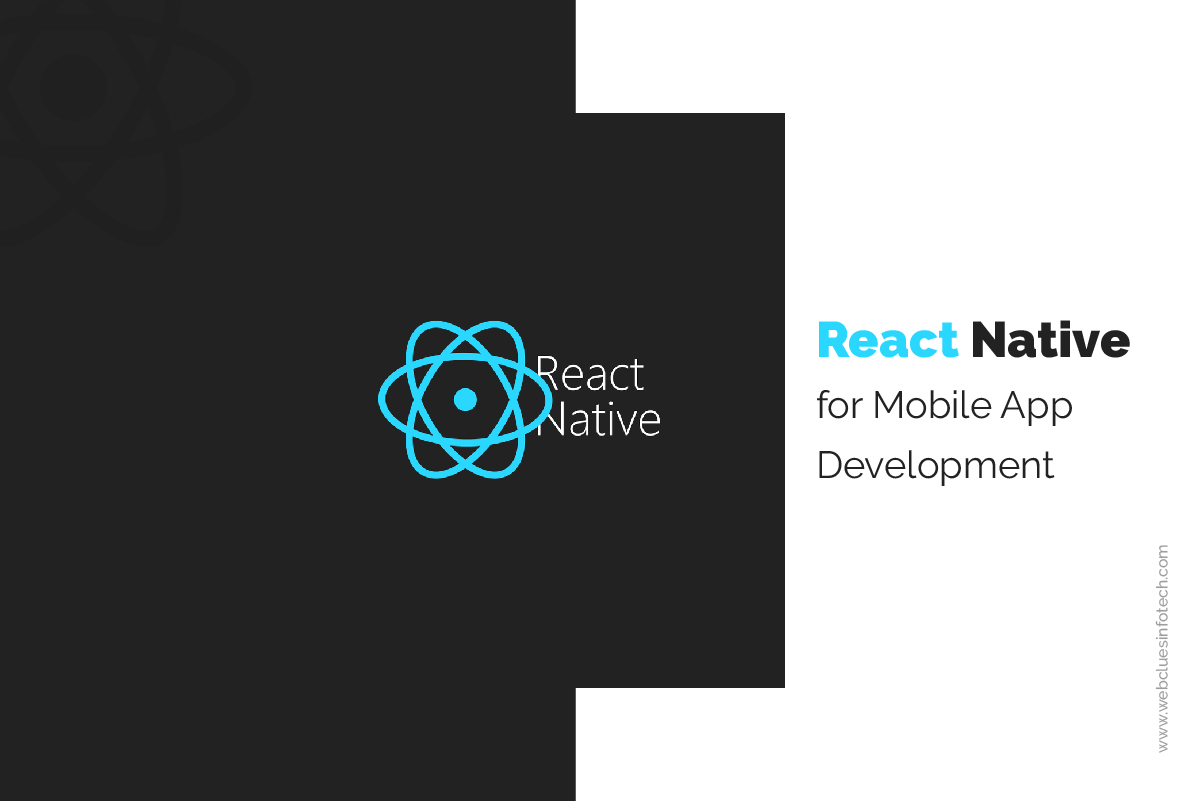 Since mobile devices easily accessible to general public, businesses are becoming increasingly modernized with the help of digital solutions. Though for companies it is difficult to understand how to make their application on which platform (Android or iOS) to cater more business. To overcome this entire problem we have “React Native”. React Native helps you create exciting application for both iOS and Android with just the help of JavaScript, it is used to build interfaces that target mobile platforms.

One of the key reasons to choose React Native App Development is through a single JavaScript you can develop code for an application that can run on every platform (iOS, Android and Windows). So instead of developing codes for each every platform you can develop one single code hence saving both time and money of developer and client also resulting in greater user-experience.

Better Code Quality
As the React Native Developer has to write the codes only one time for each platform the codes get shorter and decreases to almost half. The time to build React Native App is also reduced to almost 30%. Also with the few code line the testing procedure also gets reduced hence reducing the efforts and increasing the efficiency of the tester.

Quick Update
Quick updates are of the key functionality of creating React Native App. Development through other Mobile OS takes longer route for notifying the application, it goes from app/Google store to mobile app. Whereas in React Native Mobile App the developer can notify the updates directly on the application avoiding longer route through extensive use of JavaScript. iOS user usually have to wait longer for the update, hence using the old version but through React Native notification it can directly update on application without going through app store.

Animations
For any application to look beautiful and attractive it must have some quality animations to attract its user. React Native provides extremely smooth animations as the code converted to native views before rendering.

Better Performance
Through React Native development you can not only develop codes for multi-platform but also develop code which work smoothly on all the platforms with no lags all because they are compiled into natively written code.

Community-driven
Each platform has its own benefits, which didn’t allowed people to make a single code for every platform, but with the introduction with React Native this problem gets solved as it is made up of the qualities of each platform hence allowing developer to use the quality of iOS into Android and vice-versa.

There are considerable advantages to using such a community-driven environment like the accessibility of an enormous group of excited JS and local designers willing to share their insight and huge catalogues of freely available components.

Free to access
The best thing about React Native Development is that it is free to access as it is an open source platform and has least number of restrictions to develop your application. It works under the MIT license, which is a permissive license that puts only limited restrictions on the software reuse and grants legal protection to the developers.

Larger Firms using React Native
The success of any software can be counted by who uses it; React Native is the most popular app development system among top firms. Examples of best React Native Apps are Instagram, Tesla. Skype, Pinterest, Walmart, Bloomberg, Airbnb and many more.  Facebook has showed a great commitment to constantly upgrading and releasing new updates on React Native.

Uses the Most Popular Language
React Native uses the most popular language JavaScript to develop codes for the application, among all the languages JavaScript has been voted as the top language across all globe for continues 5 years followed by SQL which is behind JavaScript by considerable percentage.

Code Sharing:
In React Native Front-end/Presentation code can be shared between iOS and Android; and also Business logic can be easily shared with Web applications as well; it also allows Lots of code re-usability between platforms.

Conclusion
From these points I can assure that among all the hybrid mobile app development, React Native hybrid app remains the best choice. Lot of development companies are shifting to React Native as the developer not only finds it easy to develop but also experiences the high efficiency and low cost & workload during the process. React native has been a boon for React Native Development Company as it allows the developer to focus on developing on only making one code for every platform reducing his task up to 30-50%.