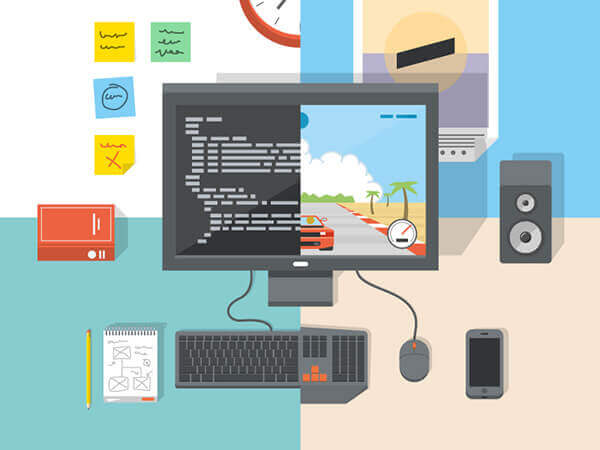 Why Designers & Developers Must Work Together

Often these individuals work apart while working on the very same project. The designer works to create elements and color palettes and typography that looks great, while the developer codes and prepares the material for web publishing. And this can cause discord between the designer and web developer and in the final design itself.

If designers and developers work together on projects from start to finish, the result is a more cohesive web project with great aesthetics, user interface and clean code. There is less work and rework during the collaborative process, hopefully resulting in a project that can be completed in less time.Traditionally web designers and we developers have been separate job titles.

Typically web designers use graphic design software such as Adobe Photoshop and Illustrator to create what websites and elements will look like. This aesthetic is then coded using HTML, JavaScript, jQuery, CSS and other programming languages by a web developer to make everything work on the web.While designers and developers may often work from separate rooms or even countries, each needs the skills of the other to create a complete website. So they have to work together.

And while we are talking about designers and developers working together, don’t forget to invite interaction designers to the party as well.

Collaboration plenty of other benefits:

Cons of Working Together

One of the greatest bits of advice for designers and developers is not all that new, but is still relevant. The “Manifesto for Agile Software Development” highlights four principles that all web designers, web developers and interaction designers should live by.

Every designer and developer should have a basic understanding and knowledge of:

The question really starts to become less about why designers and developers should work together, but how they can better work and understand the duties of the other. At the end of the day both jobs have a singular goal: To create a phenomenal website.

The thing we really need to start thinking about is designing development. Because the reality is that all development is design and web design is development. You can’t have one without the other, and as web design becomes increasingly complicated this will become even more true. So maybe what we need is a new job description or title that shows that web designers and developers are linked.