Join Us To Experience Growth And Success 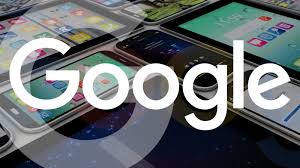 Google’s Search Quality Senior Strategist, Andrey Lipattsev, participated in a Google hangout last week where he mentioned that his team is specifically working on detecting and taking action on mobile affiliate traffic networks that bounce users from one site to the next, which harms the user experience for the mobile user.

This was said at the 25:16 marks into the video. Here is my best shot at transcribing snippets of what he said.

Andrey Lipattsev said this issue “is very close to my heart right now.” His team is working with him to detect these “mobile affiliate traffic driving networks” where “users are just being bounced from one place to another.” He said sometimes publishers add these networks to their sites on purpose to make extra money, but sometimes the publishers, and even the advertisers, are unaware of it.

Again, this is similar, if not identical to the warning Google delivered a month ago. But here you have someone from inside Google telling us that his team is actively working on this as a project.

Once more, this is comparable, if not indistinguishable to the notice Google conveyed a month prior. Yet, here you have somebody from inside Google letting us know that his group is effectively taking a shot at this as a venture.