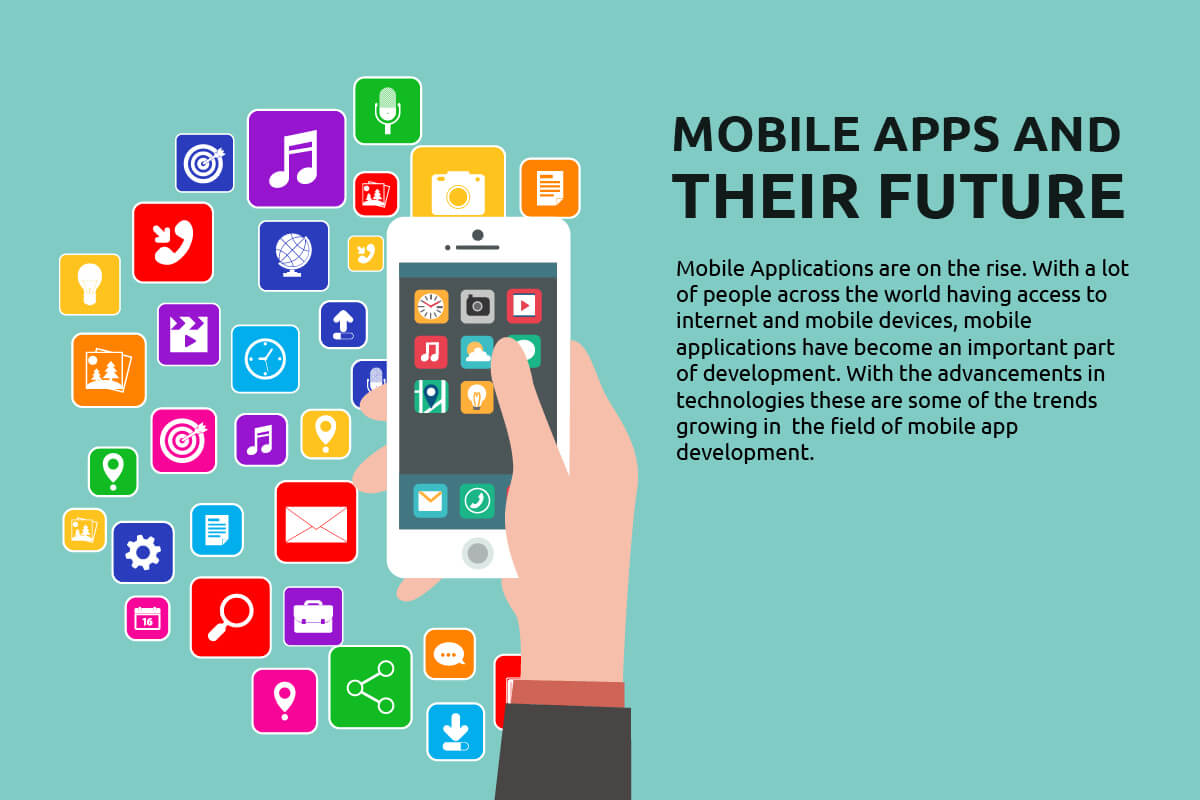 The future of Mobile App Development

Mobile Applications are on the rise. With a lot of people across the world having access to the internet and mobile devices, mobile applications have become an important part of development. With the advancements in technologies, these are some of the trends growing in the field of mobile app development.

Enterprise apps
In this digital era it has become imperative for a company to understand the importance of organizing business operations and to offer better employee engagement and thus they are now focusing towards building their own enterprise applications. These applications will also help in restructuring and streamlining all the current processes thus taking a load of basic tasks. Applications that will help in collaborating with multiple users over mobile devices is something that will be useful for a lot of organizations.

Beacons and Location-Based Apps
Beacons and location-based apps have slowly started to come in the market but it has still not reached its full potential. With the advent of Pokemon go location-based apps are the flavor of the season with a lot of companies moving towards providing real-time updates based on the user’s location thus giving a personalized experience to their users. It has endless marketing capabilities and it will surely be the future of mobile applications.

Artificial Intelligence
Artificial Intelligence is not a new trend when it comes to mobile app development. With Siri and Google now already available to iOS and Android users across the globe but it is still in its infancy. AI has a huge ceiling for improvement and both apple and Google are looking for ways to innovate their AIs in providing more services. It is surely one of the hottest prospects of the future.

Android Instant Apps
Currently, in order to use an application, any user has to download the application from the app store or play store depending on their operating system. But the application requires space on their phones to actually install and it is sometimes not possible if the device storage is full. But one of the newest trends that have emerged in the market by Android is Instant apps. These applications are available in Nougat version but will soon be supported in all versions. These apps do not store their data on the user’s device but stream services to the device. Which means the users can access the application quickly without having to download it in their device. It is a win-win for the developers as well as they will not have to develop a new app as instant apps use the same API and the same project source code but add some functionality. The opportunities for such applications are enormous and in this world of digital data saving storage space is a huge benefit for the users.

IOT
IOT is the future. We are finding new and better ways to make our life easier by providing simple one-touch options for basic day to day tasks. IOT has slowly started to take over the market. Almost every single IOT solution needs an application so that the user can easily access it and thus IOT applications are one of the trends in mobile app development. The growth of IOT applications is so high that Android released their own package for developing IOT tools on their OS. Thus IOT mobile apps have a lot of growth and they look to be the next big thing.

Wearable Apps
Wearable apps are in huge demand right now. With the likes of apple and samsung coming up with their wearable smart watches there has also been a rise of applications that will support these wearable techs. Wearable apps are slowly starting to flood the markets as these devices have shown that they are not just restricted to the healthcare industry. Thus are going to prove to be one of the most promising app development platforms.

AR and VR
Augmented reality has already captured the imagination of the user with the introduction of Pokemon GO. Apps like Pokemon GO are just the start augmented reality one of the most important inventions of the 21st century and applications that can enhance reality with the help of virtual overlay will surely be one of the top development trends in the world. Snapchat another huge social media brought face filters which enhanced the user’s photos in real time and thus brought a whole new wave of users towards virtual reality. AR and VR are slowly capturing the market with their uses and it won’t be long before most applications will be built with them.

AMP Technology
Accelerated Mobile Pages is an open source project that is fundamentally designed to help web pages load faster. Most users visit a website from their mobile phones before checking if the company has an application for it or not and thus companies are not trying to improve their websites using faster loads and these web application takes advantage of mobile apps core characteristics, resulting in improved user retention without complexities involved in maintaining a mobile app.