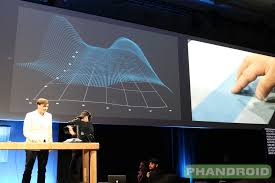 We all are getting familiar to buzzwords like Connected Living and Connected World – thanks to the growing dominance of the Internet of Things. However post Google I/O 2015, the world is introduced to one of the most revolutionary concept – Connected Apparels! Presented as Project Jacquard by Google ATAP (Advanced Technologies and Projects) team, this innovation is set to create new landmark in wearable technology.

Project Jacquard
Project Jacquard is an innovative concept by Google that involves transforming everyday objects such as clothes and furniture into interactive surfaces by weaving touch and gesture interactivity into any textile – using standard, industrial looms. Likely inspired from the Jacquard weaving process invented by Joseph Marie Jacquard, this project is about creating conductive yarn that turns clothing into a device interface.

How it works
Project Jacquard makes use of conductive yarn to create fabric panels, which can be used to network with a device. The yarn is created by braiding together conductive metal alloys with fabric fibers to make a product that is robust, but still feels like yarn.

The yarn for the connected apparel can be woven in as many colors that can be apparent on the garment, or invisible. More so, electronics must also be embedded into the fabric – like connectors and small circuits (about the size of a jacket button), so as to ensure that the fabric works as an interface.

Also, Project Jacquard reasserts that the thin metal fibers that will be interwoven into the fabric has to be denim, or even woven into a flat fabric. In fact, it can also work with thicker items like wool, or a textured material.

Project Jacquard @ Google I/O 2015
The Project Jacquard concept was welcomed with much love at the Google I/O display booth. Visitors could have a real-life experience of the technological innovation, as people could actually see how the metallic fibers react on sensing their fingers touching it.

How real is the vision for ‘Connected Apparel’?
Well, the announcement of Project Jacquard makes me a little inquisitive of the history of connected apparels and the prospects of this technological implementation. My research shows that connected apparel has already been tested and imbibed by fitness clothing brand like Athos, who ideally are catering to a niche market on health-oriented clothing.

With Project Jacquard, the Google ATAP team is targeting to make this technology accessible for all by integrating it in existing brands and products with the intent to make the concept scalable and fashionable as well for greater outreach.

Project Jacquard: Real world Implementation
A working prototype of Project Jacquard was launched at the Google I/O 2015 in the form of a tan blazer. The Google ATAP team announced that though it itself is not manufacturing garments, it has already found its first partner in Levi Strauss & Co – the San Francisco-based garment Company; and hopes to make it available through Levi in 2016.

In short, Google is providing the fashion industry with a blank canvas with Jacquard. Not only can designers use it as they would any fabric, they can easily add new layers of functionality to their designs, without having to learn about electronics.

For developers, Project Jacquard brings new opportunities, as they will be able to connect existing apps and services to Jacquard-enabled clothes and build new features specifically for the platform. Google is going to facilitate involvement by developing custom connectors, electronic components, communication protocols, and an ecosystem of simple applications and cloud services.