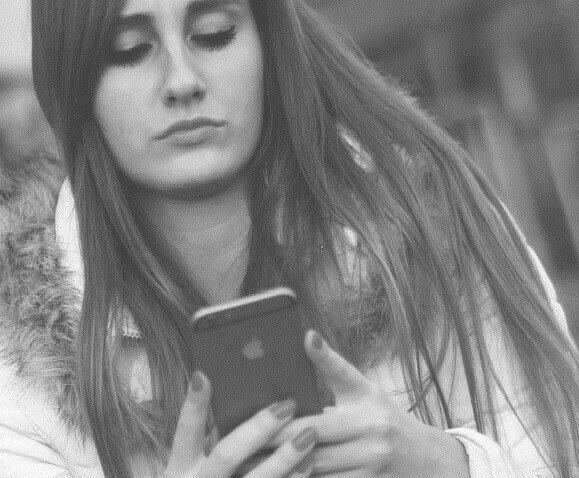 The mobile app development industry is thriving and continuing to evolve year after year. In 2014, we saw mobile app market maturing from smartphones and tablets to wearable devices and Internet of Things. There was also an increased focus on app analytics and mobile app marketing.

1. Rapid Mobile Development
Enterprises are having a tough time keeping up with the demand for mobile apps. With these growing demands, businesses are expecting to launch their product faster than ever.The main focus of mobile app developers in 2015 would be to shorten the development life cycles and reduce the time frame between Ideation to launch.

2. Cloud Driven
The cloud technology will play a key role in mobile app development in 2015. With the upsurge in the usage of multiple mobile devices and wearable tech, app developers will have to focus on the ability to integrate and sync their apps on multiple devices. The cloud approach will enable developers to build their applications that can be accessed on multiple devices with same functions, features and data.

3. App Security
As per Gartner’s prediction, 75% of mobile applications will fail basic security tests in 2015. The hackers will continue to exploit security gaps in mobile applications to crack sensitive information. Security remains a big challenge on mobile devices.

4. Beacon and Location Based Wi-Fi Services
Beacon technology is starting to blur the boundaries between online and offline in the retail and advertising sector. Apple has already integrated this technology in iOS that communicates with their network of iBeacons and Android is expected to follow them on the same lines in 2015. In the coming years, Wifi will provide a lot more services than just the internet access . The primary benefit is that most businesses have already invested in WiFi and the market continues to show the trend of cellular plans becoming costlier due to a splurge in data consumption by users with smarter phones. WiFi works seamlessly for indoor experiences where cellular connectivity can be edgy and based on the access point location, businesses can know where their customers are and that will allow them to provide specific content right on their mobile phones.

5. Wearable Tech
Wearable Technology was one of the most hottest topic in tech and consumer electronics industries in 2014. Until now apps for wearable devices were mostly focused on fitness and health care industry. But, with the onset of 2015 Wearable devices are expected to be used by enterprises to improve their productivity and efficiency. There are also a lot of noise around fashion and textile industries adopting wearable technology.

6. M-commerce, Banking and Mobile Payments
According to eMarketer, 19% of retail eCommerce sales in 2014 were made on a smartphone or tablet. Various analysts believe this positive trend will continue over the next 4 years as more and more consumers adapt to m-commerce. Using a mobile phone to pay or purchase instead of debit or credit cards will also become more common in 2015 with Apple Pay and Google Wallet. This will allow developers to build mobile apps that can process transactions without the need of physical debit/credit cards or cash.

7. Internet of Things (IoT)
Internet of Things is growing exponentially with more and more people connecting via multiple devices. Apps will further mature as they get integrated on multiple connected devices. It will inspire app developers to focus more on user experience on various devices. With IoT, the customer engagement management platforms based on WiFi or Beacon technology will also get a breakthrough to help businesses reach consumers via apps at the right time and right place.

8. Big Data and App Analytics
As Internet of Things and Wearable market grows, the need of app performance tracking and analysis will grow among the decision makers in various enterprises. There will be more focus on big data and analytics in 2015. Mobile app developers will continue to focus on adding new data collection methods in their apps to get more insights and actionable items to meet their client’s expectations and make more engaging and successful apps.

10. In- App Advertising and Purchasing
According to a new study from research firm Juniper Research, in-app advertising spend across all mobile devices will reach $7.1 billion by 2015. Mobile Ad networks will go beyond banners and integrate and experiment with various ad formats. Mobile app advertising and in-app purchases will be a primary focus of monetization and a key to success as more and more app developers are shifting away from the paid download model.

12. App Marketing
Mobile App marketing techniques continue to evolve each year. In 2014, the app marketers were more focused on user engagement than user acquisition. With user engagement in focus, more and more marketers and developers have started to realize the importance of organic users as these users were more loyal and engaged than the users acquired through other paid channels. App Store Optimization will continue to be a key factor in making an app successful in 2015. With Beacon and Location based wifi services, marketers will now have ease to be more targeted based on the user’s location and promote their apps with other offers.

13. HTML 5
HTML 5 and its development tools have been gaining popularity in 2014. As this technology mature, more and more businesses will adopt it to create hybrid mobile apps that work on multiple platforms with ease. In 2015, the focus on native apps is expected to decrease with the rise of hybrid apps based on HTML 5.

14. Mobile Gaming
In 2014, the mobile games have gradually started to move from single player to multiplayer. With the rise of multiplayer games the social interaction and social media integration within the mobile games will become more important than ever. In 2015, the mobile games are also expected to be more cloud driven due to the demand of frequent and regular updates in the games. This will require ongoing management by the game developers.

15. Smart Cities, Homes and Offices
With the rising popularity of IoT, Beacon and location based Wifi services, governments around the world will have ease to manage city infrastructure via these technologies. These technologies can provide a wide range of solutions including traffic monitoring and management, citizens safety and networked parking solutions. These technologies would also help the real estate companies to create smart homes and office spaces that can be connected and managed via smartphones. All these solutions require app developers help to create mobile experiences.