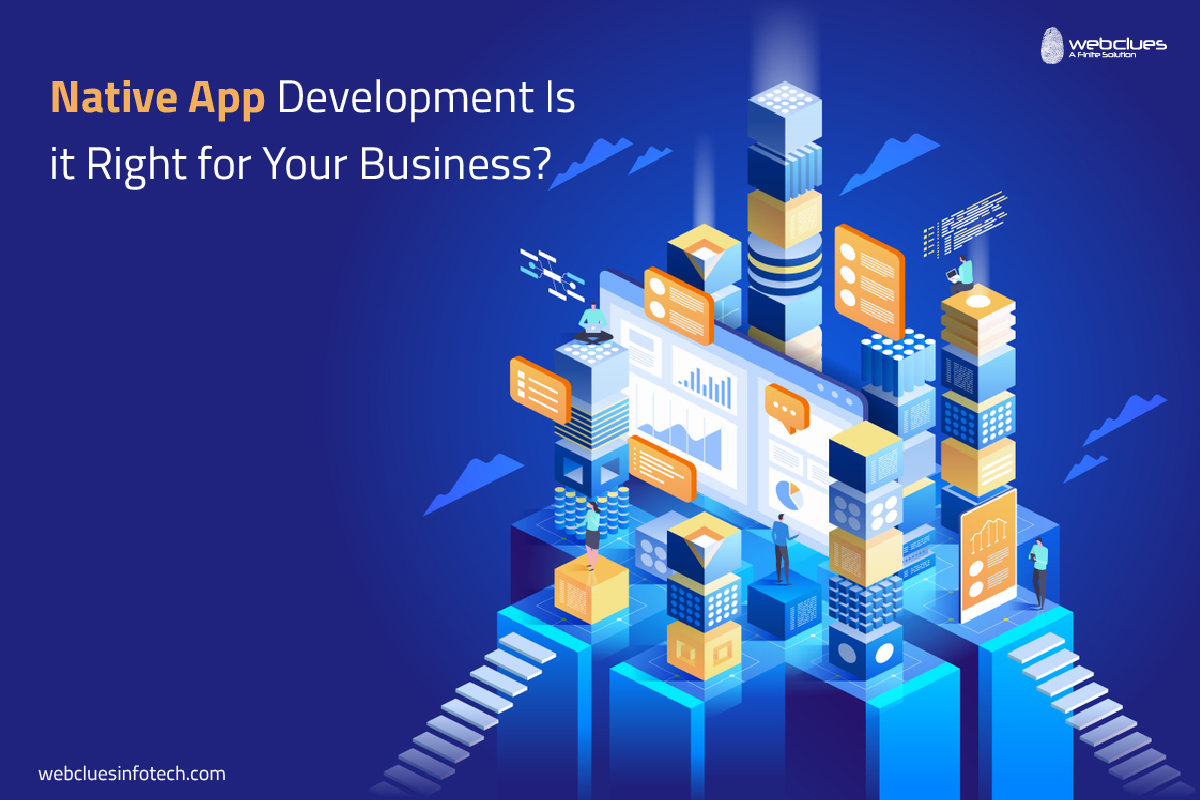 Native App Development Is it Right for Your Business

Native apps are designed for a specific device and therefore they take full advantage to use any feature on the device such as a camera or GPS etc. There are also React native app development companies which build native apps by using React.js library.

Let us start by talking about the advantage of the native app.

Native apps as developed for a particular platform are faster to run. Many of the features are preloaded. Another reason for their high speed is that they work with a device’s built-in features.

2. Correct Maintenance of the Aspect ratio

Aspect ratio basically is the ratio of width to height of different screens. Apps may start improper functioning or might misbehave when changed the size or orientation of a device. Developers during native app development can set the size of the screen and the native app itself maintains the ratio to whichever device it is made to work on.

Some native apps do not require you to have an internet connection.
Put the device on airplane mode or go stuck in a no service area, these devices will work at those moments too.

Let’s talk about the challenges of the Native Apps

As you have to write different codes for different platforms it requires a lot of time for you to build a brilliant app. The time may vary in accordance with how much complex the project is.
If there is not much difference between the looks of the Android or iOS app then React native app developers hold an edge as it may save much of their time by a speedy development process.

The downloading process of native apps requires certain steps to be followed. Many users who are not so patient will never wait for the final step and quit the installation beforehand due to which you can lose 20% of the users. Going to the App store, searching for the apps, accepting the terms and conditions and then wait to download it. This might bend bearable for some users.

When apps get a new upgrade or a bug is fixed firstly the developers will have to give the updates to the app store and then the users will have to upgrade the app.
But in a case when customers do not notice the new upgrade or aren’t notified or do not upgrade it due to storage issue the customers may cease to support the app due to unfixed faults.
So the developers have to be in constant worry regarding the loss of their customer base.

Despite the challenges native apps come along it is highly smooth, fast and can also work offline. Native apps are a good choice and react native mobile development is an easy choice for web developers if they shift to app building as it uses JavaScript which is an old companion of the web developers. But the business with low cost might not be in favor of it as the development is quite expensive and more time-consuming. Hope this article helps you decide whether for your business native apps will be the right choice or not.