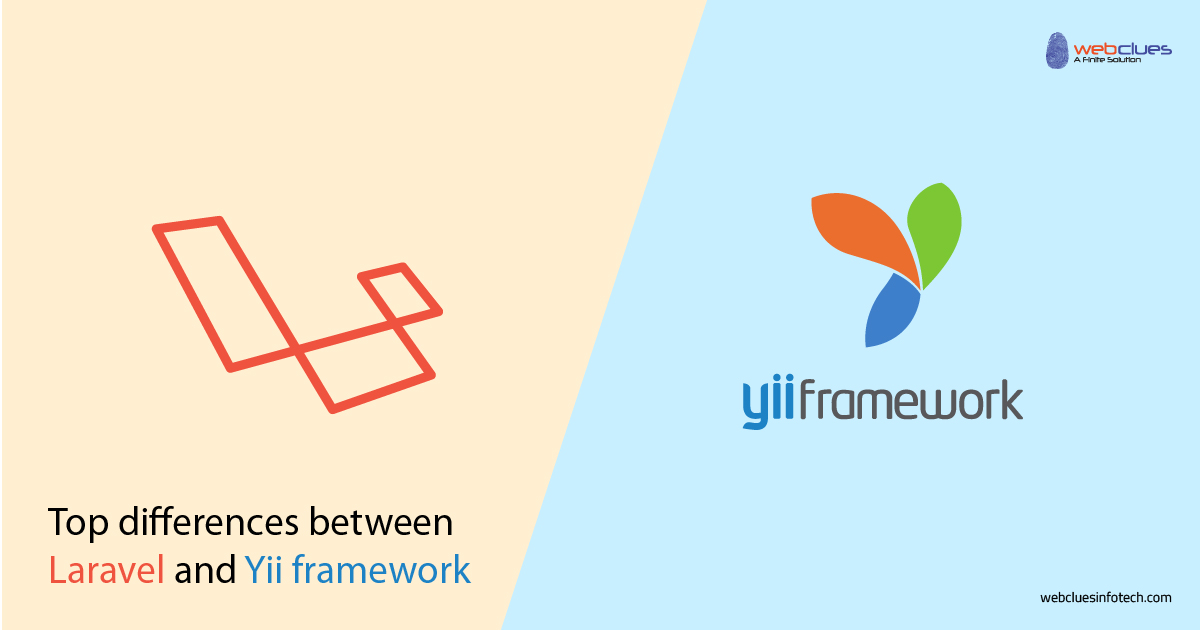 The simplicity and versatility of PHP Development make it one of the most sought-after languages amongst the developers today. It is widely used to create highly sophisticated web applications with robust and elegant features. The two PHP based frameworks- Laravel and Yii are employed in order to facilitate the agility and scalability of web solutions. While Laravel is a new player, Yii has already been there for quite long. Both of them have some unique advantages because of which they have been able to gather too much of developers’ support.

So, which framework should you go for? Given below are certain points which may help you to discover the same.

Let’s start with a background of both

Yii was born in 2008 primarily focusing on security and building high-quality apps. Its JQuery integration allows faster coding for front-end development. Yii Framework is considered as the fastest framework because of its lazy loading. Owing to its multi-level caching, Active Record for NoSQL databases and effective solutions for restful APIs, the professional Yii framework has been successful in creating a vital space for itself.

Laravel has an excellent syntax because of which it is called perfectly as the framework for web artisans. By the effective handling of authentication, session, routing and caching it makes the development process really efficient. Its lightweight templating agent, Blade and unit testing mechanism lead a plethora of developers to regard it as the most popular framework.

Templating engine
Yii PHP framework does not use any default third-party engine and developers can choose the same as per their preference.
Laravel uses one of its greatest weapons, the marvelous templating engine called Blade which increases the functionality of the app. With reduced complexity and overheads it allows the developers to build stunning apps.

Extensions
In the directory of Laravel packages, more than 9000 bundles can be found whereas Yii is supported by 2800 extensions only. The higher number of extensions definitely increases the features and support of Laravel web development.

Migrations
Yii development solutions are very popular because of its convenient migration systems. Even Laravel is not behind. In Fact, an effective testing procedure and the provision for filing of static directories paves way for higher efficiency with Laravel framework.

Resources and peer support
Old is gold. Many Yii development companies have been working on Yii for quite a long time and hence Yii currently has larger support. Yet, the numbers are changing very soon. More and more developers are flocking towards Laravel development also because of its resource material and better documentation than Yii.