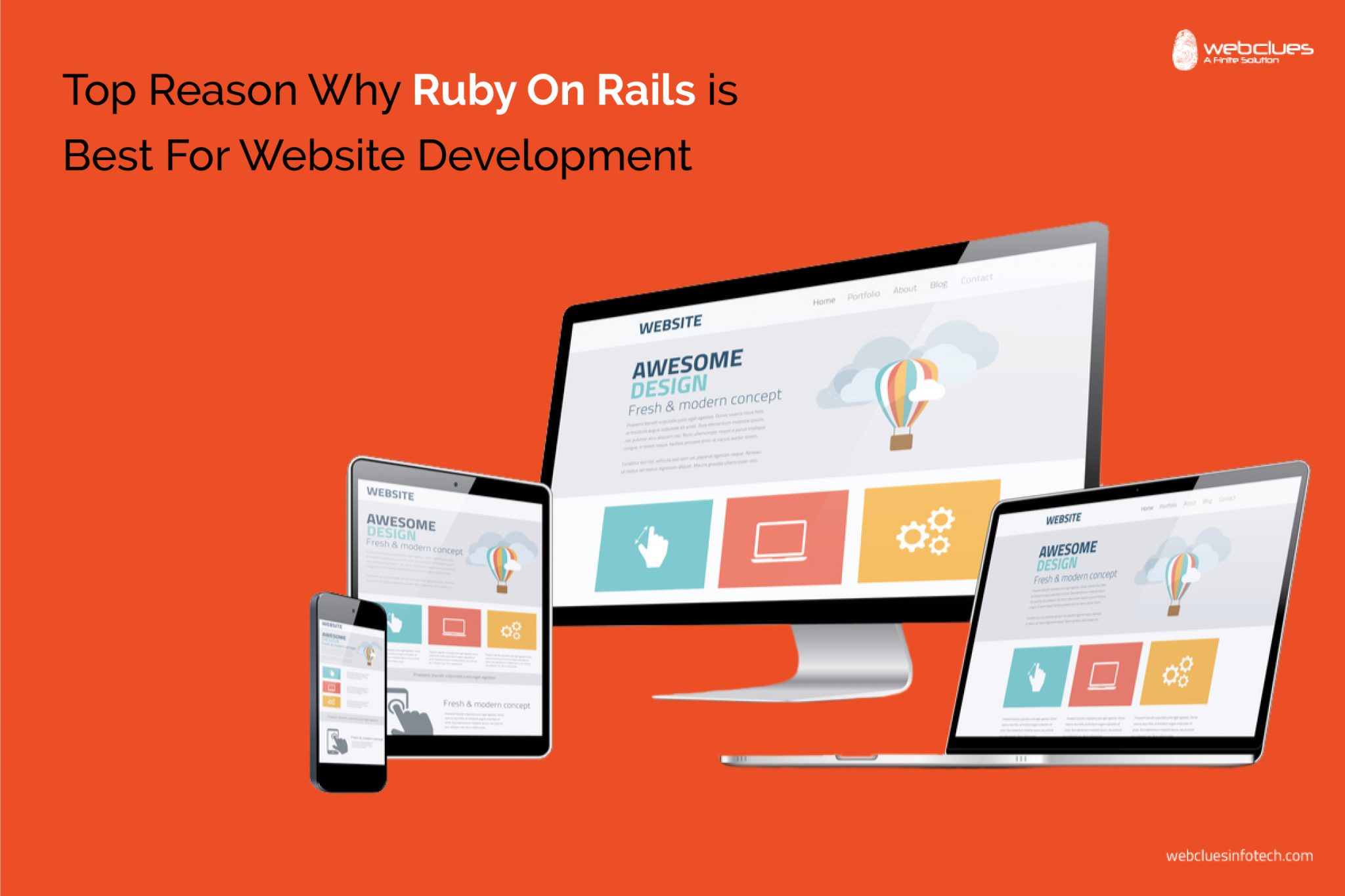 Top Reason Why Ruby On Rails is Best For Website Development

What is the reason behind the growing popularity of Ruby on Rails? Let’s discover!!

1. Works well even with a low budget
Ruby on Rails is an open source platform. This provides a great opportunity for a startup and a Ruby on Rail Development Company with a low budget to efficiently take advantage of the same and deliver high-quality development services. At the same time, it also lessens the cost and burden involved in licensing

2. Involves less coding
REST or representational state transfer is the prime advantage of Ruby and it is much better than many other programming languages. Writing less and simple codes to perform much complicated tasks enhances the efficiency of the Ruby on Rails developer to a great extent.

3. Easy Maintenance and support
The combination of the state-of-the-art infrastructure and useful community support has made a great contribution in Ruby on Rails application development. The Ruby Gem community- RubyGems-hosting service is highly helpful.

5.  Provides easy testing
The automated code that ROR provides you decreases your development time to a great level. Thus compared to other programming languages, Ruby on Rails is really easy to test.

6. It enhances productivity
Ruby on Rails helps the developer to a great extent with writing clean and less code which reduces the development time and elevates the productivity level. The code is very easy to read and the framework is self-documenting. Many startups tend to use ruby on rails majorly because of the fact that Ruby on Rails reduces the development time to a great extent so that they can launch their product in the market soon.

7. Many big websites employ it
Github, Shopify, Basecamp etc. like platforms have employed Ruby on Rails because of its great feature and facilities. Even Twitter started using it. The biggest advantage of ROR is that its code can be interpreted without the need of a compiler.

Such are the enormous benefits of using ROR that many Ruby on Rails development company in USA and others are making huge profits with this brilliant framework. It is easy, productive, quick to the market, and offers a fabulous development process. Thus you can hire freelance ruby on rails developers or a full-time ruby on rail developer to accelerate the pace of the growth of your business.