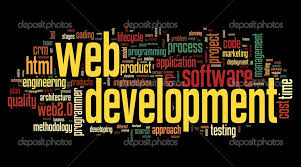 Are you started doing hard core web development? But a question you face on which language is best for website development? Which programming language and technology is build easily and effective website?

When it comes to choosing the best web development language for your website, it’s important to remember that there is no single best language. One must understand that every language has its limitations and the key is to choose a language depending upon your requirements. Some of these factors are:

Website Development Languages Used In IT Industries
Here is an overview of the more popular website development languages in use by the industry today.

Java
The Sun Microsystems developed JAVA is one of the most popular programming languages on the internet. Java is an open-source language, which means it is available free-of-cost. It can be used for developing a stand-alone program as well as individual applets used in complex websites. It uses MVC (Model View Controller) model frameworks such as spring and Struts. It benefits from both object-oriented paradigms and functional programming characteristics. It is suitable for financial sector development, enterprise applications, and small software business.

PHP
PHP is used to signify the PHP Hypertext Processor language and it is an interpreted script language. It is best suited for server-side programming that includes repetitive server-tasks performed during the development of your website. It is an open-source language and it is compatible with both Windows and Unix-based operating systems.

PHP has been used for so long that its community has contributed many powerful tools for PHP Website developers.

Python
Python is a dynamic language which means that the developer can write and run the code without needing a separate compiler for the purpose. It supports multiple programming paradigms such as object-oriented programming, structured programming, and even functional programming to a certain extent. It can be easily embedded into existing applications which require certain programming interface.

.NET
.NET is a framework developed by Microsoft in 2000 and it is used as a framework for several software and web-based applications. It is mainly a Windows based framework. It supports the Common Language Infrastructure (open specification describing executable code and suitable runtime environment for the .NET framework) and uses different CLI languages such as C#, F#, J#, and Visual Basic .NET along with numerous other languages.

It is an excellent framework for enterprise solutions and applications developed for the financial sector. Microsoft online repository is the best place to learn this language.

It is important to understand that no language is perfect in itself and it is best to consider your requirements and choose a program accordingly. You should reevaluate your programming requirements before choosing a language for your project.

What is your favorite programming language? Share your opinion by Commenting.