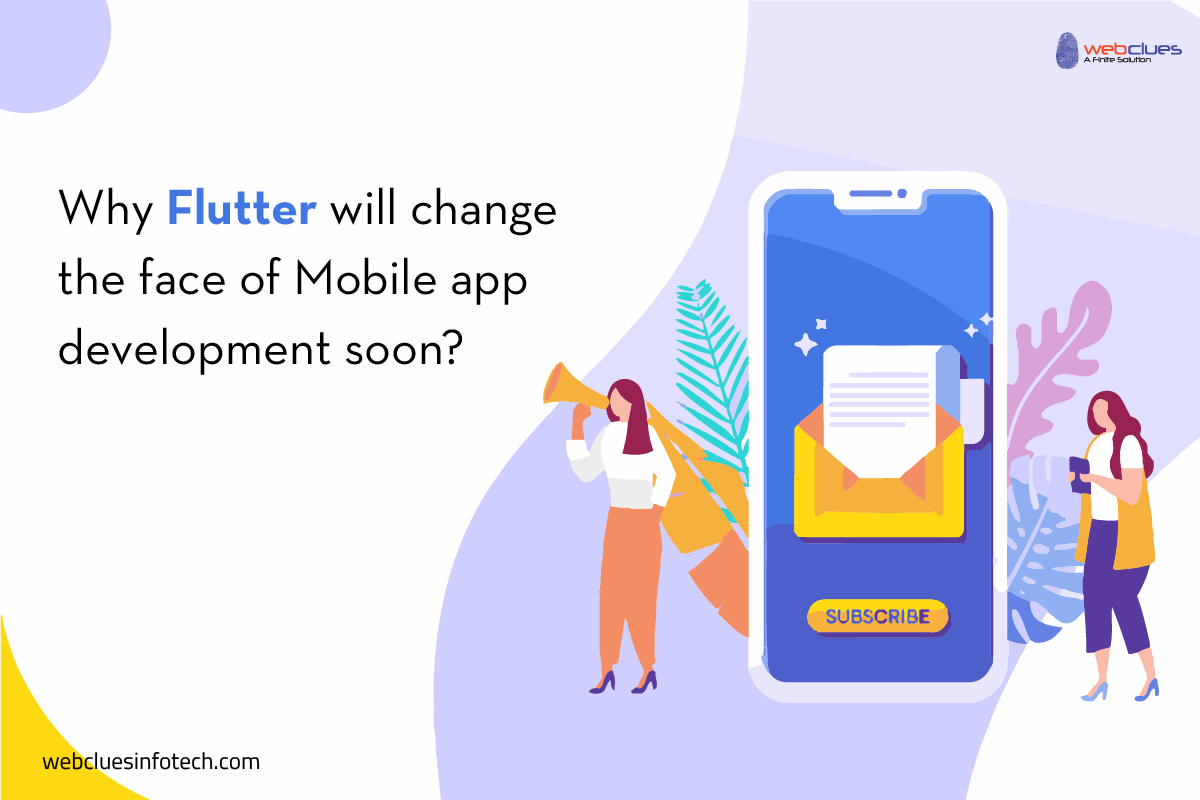 Why Flutter will change the face of Mobile app development soon?

An open-source, cross-platform SDK by Google which assists the developers to build native apps either on Android platform or iOS platform – Flutter, will probably be among the most vital development platform in the coming times.

Flutter provides a high rendering engine to build an application. Flutter has several libraries to make it comfortable and easy for the developers, overall Flutter is among the most suitable platform for the app developers and Flutter development is apt if you are someone who’s isn’t into compromising.

With the higher growth of Flutter app development, it is predicted that the future is going to be changed by flutter development. So come let us peep into how will Flutter change the face of mobile development soon.

Flutter provides various widgets for app developers which is among those important things that are essential when we design an app. Flutter provide great layouts for your app which can also be altered as per the developers choice. Flutter has impressive and expressive UI which aids the developers to come up with magnificent works.
You can also give a brilliant new look to a widget by modifying any existing widget to give a relatable look with the UI design. Flutter app is adaptable to make widgets.

Any application either a little one or a major one needs assurance of quality. Flutter provides a single-code base and therefore the time required for testing is minimized to a much greater level. The time wasted on testing and implementing the codes on different platforms is highly reduced which again marks Flutter above other development platforms.

Flutter has features like widget testing which speeds up UI tester. Flutter driver is a package which is specially designed for running tests. With all these Flutter development is assured for the quality of the iOS or Android apps it produces.

Flutter tries its best to minimize the workload of the developers and thus is comprised of several outstanding features which minimize the efforts required by developers. Flutter libraries have made the work of developers really efficient and effortless.
The higher level of abstraction is minimized due to the absence of JavaScript which has reduced this tiring task from the minds of the developers.
Flutter uses DART and DART can be complied Ahead Of Time (AOT) and Just in time (JIT) for quicker development and that is why the reloading time is minimized which give Flutter development an edge over the others.
Dart works as a catalyzer to Flutter making it fast, customized and powerful.

With all of these above qualities that Flutter comprises of, there is no doubt in the fact that Flutter developers are in utmost comfort as it provides many features that an app developer needs. Flutter uses the same language for backend and layout which is also among the reasons why developers are preferring flutter.